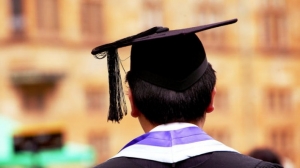 A single centrally set examination will form the gateway to the solicitors’ profession under plans announced by the Solicitors Regulation Authority this morning. A solicitors qualifying examination (SQE) will come in to use from September 2020 – a date pushed back two years after the profession reacted sceptically to the initial plans.

The super exam has been the subject of two consultations, which attracted some 500 responses. At a press briefing in London this morning, the regulator admitted that there had been ‘resistance’ from ‘some organisations, including training providers’. Following criticism from the Law Society and others, the scheme has been modified to require a degree or equivalent qualification as well as two years of work experience.

The SRA said the exam ‘will make sure all solicitors meet consistent, high standards for entry to the profession’.

However it revealed that 50% of respondents to the second consultation either ‘strongly disagreed’ or ‘disagreed’ that the proposals would be an effective measure of competence.

The SRA said that more needs to be done in order to get the proposals right. With this in mind, it has delayed the proposed start date from 2018/19 to 2020.

Under the scheme, candidates take a two-part exam as well as undertaking work experience. To qualify as a solicitor, candidates will need to:

A remaining major concern is the cost of the process.

Julie Brannan, director of education and training at the SRA, said the removal of a requirement to take a ‘gamble’ on the LPC – which can cost up to £15,000 – would mean the new assessment is likely to be cheaper. ‘By removing the need to take the LPC and spend up to £15,000 we are confident that the new assessment will equate to a net saving for candidates,’ Brannan said.

A summary of consultation responses published today shows that just 20% of respondents said that they agreed with the SRA’s contention that its proposals would be an effective measure of competence.

Paul Philip, SRA chief executive, said: ‘Views on the SQE are wide ranging. The depth of feedback has been invaluable in helping us shape our proposals. We want that to continue. By working closely with everyone we will create a modern, world-class assessment.’

The Law Society said the SRA has come far from its initial proposition and has shown a willingness to listen. ‘The inclusion within the revised proposals of a degree-level qualification and two years’ work-based training in all routes to entry is something the Law Society called for,’ the Society said.

It added: ‘That said, there is still more work to be done before the SQE can be considered “right”.’ Noting that the assessment provider for the SQE is yet to be appointed and the assessments are yet to be developed, it said: ‘Just how the SRA will manage these concerns is yet to be seen.’