The importance of not lying on your CV

The importance of not lying on your CV

We can’t stress enough of how important not lying on your CV is. It can have serious repercussions to your career if you do decide. 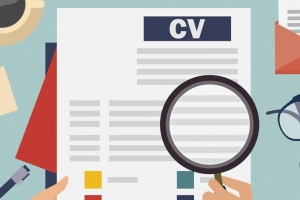 A job candidate who told a firm he graduated from the University of Leeds – as opposed to Leeds Metropolitan University – has been fined by the SRA.

Lee Hull secured a job as a legal adviser at Shropshire firm Clarkes Legal after making a number of misleading statements on his CV.

The document included a claim he attended Yale University, when in fact he had only submitted a research paper for the law review which was not published.

Hull also claimed to have been called to the bar, though he had only completed the bar vocational course.

A regulatory settlement agreement, published by the SRA, stated that Hull accepted a police caution in February 2016 for fraud by false representation as a result of the false CV.

The notice also confirmed that while employed at Clarkes, Hull was responsible for missing a court date on one case in mid-2015.

He attempted to cover his error by producing and backdating three letters, addressed to Hull’s client and dated April, May and June 2015, which made it appear he had asked for fees from the client to proceed with the matter.

None of the letters were created on the date stated and none were sent to Hull’s client.

Hull, who no longer works for Clarkes, admitted to breaching five SRA principles and  to being dishonest. In mitigation, he said his caseload had been ‘significant’ and he was under substantial pressure.

He had been on medication for depression for several years which affected his judgment, at a time when he was also dealing with the death of his grandfather.

The SRA stated Hull’s conduct was neither trivial nor justifiably inadvertent and he misled his client and the court.