Unemployment has continued to fall, down to a near seven-year low, while a record number of people are in work.

Across Merseyside the number of people claiming jobseeker’s allowance fell again at the start of the year.

The claimant count across the six boroughs stood at 24,803 in January – down 1% on December, Office for National Statistics (ONS) figures showed.

Nationally, the ONS said the employment rate had never been higher. It said that on average over the past year more than 1,600 more people were in work every day, bringing the number of people in a job to a new record of 30.9 million. 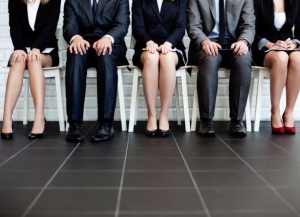 The number of job vacancies has also hit a record high of nearly 720,000.

Secretary of State for Work and Pensions, Iain Duncan Smith, said: “With unemployment continuing to fall, wages rising, and a record number of people in work, it’s clear that the Government’s long-term economic plan to get the country back on track is working.

“In the week that Universal Credit started its nationwide roll out, these figures show that a reformed welfare system goes hand in hand with helping people to take advantage of the record number of vacancies available.

“The jobs-led recovery is changing people’s lives for the better on a daily basis. We are getting people into work, making work pay, and in so doing we are ensuring a better future for Britain.”

The UK jobless total dipped by 97,000 in the quarter to last December to 1.86 million – almost half a million down on a year ago.

The number of people claiming jobseeker’s allowance was cut by 38,600 in December to 823,000, the 27th consecutive monthly fall and the lowest since the summer of 2008.

The UK now has the third lowest unemployment rate in the European Union at 5.7%, behind Austria (4.9%) and Germany (4.8%), according to data from the Office for National Statistics (ONS).

Pay continued to rise ahead of inflation, with average earnings increasing by 2.1% in the year to December, 0.3% up on the previous month.

Self-employment was down by 19,000 over the latest quarter to 4.5 million, around 14% of total employment.

The number of people in part-time jobs wanting full-time work is also down, by 28,000 to 1.3 million.

But people classed as economically inactive, including those on long-term sick leave, looking after a relative or who have given up looking for work, increased by 22,000 to more than nine million.