Average earnings for recent law graduates continue to languish below those of their peers, official statistics show.

While the mean graduate salary for students completing a course in 2014-15 was £22,500, those who studied law earned on average £21,000, according to a survey by the Higher Education Statistics Agency quango.

Law graduates’ earnings were £3,000 lower than the salaries for graduates who took ‘social studies’ and £8,500 less than for graduates in medicine and dentistry, who have the highest salaries on average. 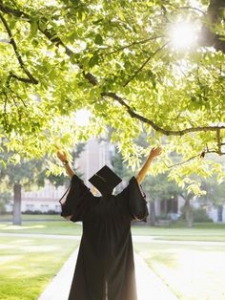 However the figures show an increase on last year’s figures, which showed an average salary of £20,000 for law graduates in 2013-14 and average earnings of £21,500 across all graduates.

Meanwhile 90% of students who studied law as their first degree were in employment or further study six months after graduating, the same as the previous year. The figure was level with the number of all graduates in employment, with just 10% listed as unemployed.

The highest employment rate was among medicine and dentistry graduates, where 99% were either working or pursuing further studies six months on.