Accountants are closing the pay gap on lawyers as the growing use of paralegals and oversupply depress salaries in the legal sector, latest research suggests.

Explaining the rise in pay within the accountancy sector, Nixon Williams said accountants were focused on cost-cutting and reducing headcount during the recession. Large accountancy practices cut back on graduate training, which led to a shortage of suitably qualified candidates to meet rising demand.

By contrast, the legal profession has the ‘reverse problem’ of too many lawyers when demand in many areas has stagnated or fallen. 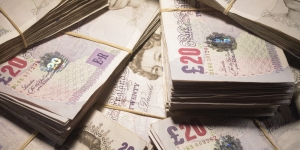 Nixon Williams chief executive Simon Curry  said: ‘We are still producing too many lawyers at a time when law firms are closing down or merging, crime is falling and legal aid budgets [are] being slashed. Law firms are getting rid of really expensive solicitors and getting more work done by paralegals, which is driving down average pay.’

The accountancy sector’s push into the legal market has become increasingly evident. Last week the Institute of Chartered Accountants in England and Wales applied to become an approved regulator and licensing authority for five reserved legal activities. Developments among the ‘big four’ accountancy giants – of which three have alternative business structure licences – suggest they also pose a retention and recruitment threat.

He added: ‘Accountancy firms are increasingly able to undercut law firms by offering a fixed-fee pricing model. This is appealing in a market which has become less willing to accept the billable hours charged by many law firms.’