Number of jobless claimants in the Liverpool city region falls by 3.6% in July

Number of jobless claimants in the Liverpool city region falls by 3.6% in July

The number of people claiming jobseeker’s allowance across the Liverpool city region has fallen below 20,000, official figures show. 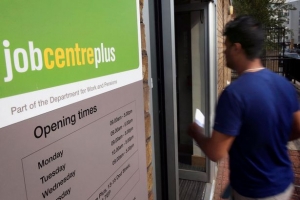 The claimant count in Liverpool, Knowsley, Wirral, Sefton, St Helens and Halton fell 3.6% to 19,818 from June to July, according to the Office for National Statistics (ONS).

Nationally, unemployment has increased for the second month in a row, reaching 1.85m.

The jobless total went up by 25,000 in the quarter to June, the first time there have been two consecutive rises for two years. The ONS said it was possible the jobs market was “levelling off”.

A record 14.5m women are in work, while employment for men slumped by 71,000 to just under 16.5m compared with the previous quarter.

“While it’s too early to conclude that the jobs market is levelling off, these figures certainly strengthen that possibility. Growth in pay, however, remains solid.”