More than 1.4m low paid workers will get a pay rise of three per cent in October, when the national minimum wage will increase to £6.70 an hour.

The move, to be confirmed in the Budget tomorrow, will ensure the biggest inflation-plus increase since 2008. Inflation is currently running at 1.1 per cent. Ministers hope the generous rise will help to generate a “feelgood factor” before the May general election.

The rise, from the current £6.50 an hour, was recommended last month by the independent Low Pay Commission. But the Government has angered business by approving a 20 per cent increase in the minimum rate for apprentices, which will go up from £2.73 to £3.30 an hour. The commission had proposed only a 2.6 per cent rise to £2.80 an hour.

David Cameron said the move showed the Government is on the side of hardworking taxpayers. “It will mean more financial security for Britain’s families; and a better future for our country,” he said.

Nick Clegg, the Deputy Prime Minister, said: “This is just one of the many ways in which we’ve created a fairer society whilst building a stronger economy. If you work hard, this Government is behind you all the way.” 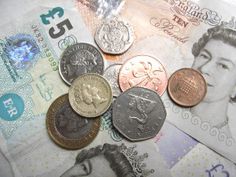 But trade unions said ministers should have gone further. Frances O’Grady, the TUC general secretary, said: “For the low paid to get a fair share of the recovery, this was a year in which we could have had a much bolder increase in the minimum wage.”

She said apprentices should be paid as much as 16 and 17-year-olds.

John Cridland, the CBI director general, said: “It’s disappointing that the Government has rejected the commission’s recommendation on the apprentice rate. The national minimum wage has been one of the most successful policies of recent years thanks to the independence of the commission – its politicisation is worrying.”

Chuka Umunna, the shadow Business Secretary, said: “This 20p rise falls far short of the £7 minimum wage which George Osborne promised over a year ago. Ministers have misled working families who have been left worse off. Where under David Cameron we’ve seen the value of the minimum wage eroded, we need a recovery for working people.”