Online job board CV-Library posted its latest monthly statistics showing job postings in the city rose by 41.7% in August, compared with the same month last year. 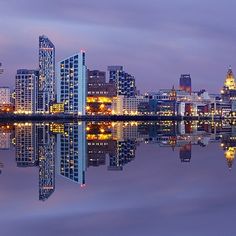 The broader UK growth map is also encouraging for the city, putting it at the top of the list of top 10 UK cities with strongest year-on-year job growth in August.

In addition to job growth, Liverpool also saw a huge rise in the number of job applications being made to roles in the city.

Job applications went up by 32% in August, compared with August 2014, once again placing it way ahead of the nation’s average application growth of 16.5%.

However, while year-on-year figures are looking positive, month-on-month numbers have taken a summer dip, which is traditional in the jobs market.

The number of job postings in Liverpool dropped by 23% between August and July, while job applications in the same period reduced by 14.1%.

Lee Biggins, founder and managing director at CV-Library explained: “It’s normal for the job market to slow during August due to school holidays and annual leave.

“However, the fact that Liverpool is leading the country and has seen such strong growth year-on-year is excellent news for the city.”

He added: “We expect job numbers and applications to pick up significantly by the end of September.”