ACS Recruitment has worked with Kirwans for a number of years, and can proudly say that half of their staff we have placed at such a brilliant company. It was also great opportunities not only help raise money but to meet/see some of our old candidates, we placed many years ago.

So far total amount raised was a brilliant £3,400! which is a fantastic amount considering this was their first event/ball!

Claire Louise Cain is the little girl behind ‘Claire’s House’. In 1987 Claire became seriously ill, and within a matter of a few weeks, their lives where turned upside down. After several weeks of intense investigations, Claire was diagnosed as having a malignant tumour.

After a number of brave sessions of chemotherapy and radiotherapy, Claire unfortunately was taken in July 1989, a couple of weeks after her 10th Birthday.

During Claire’s illness, it was very difficult trying to maintain a stable family environment for Claire siblings. Although they had a lot of support from family, friends, and the staff at the hospital, it was not easy.

In the months that followed, it became clear that the families of children with life limiting illnesses, would benefit greatly from a dedicated, supportive environment; a place to help make their child’s final days more comfortable whilst enabling all of the family to be together at this difficult time.

Together with a small group of people Claire’s parents formed the first Claire House committee. The remit was to raise funds to build a much-needed children’s hospice for our area.

After many years of planning, committee meetings, fundraising events and finding a suitable location to build the hospice in December 1998 the dream became a reality and Claire House was opened. This special place gives families a choice, the choice that we never had when Claire was ill. 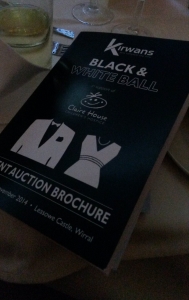