Employment Law – time to weigh up the impact

Employment Law – time to weigh up the impact

Important changes to employment law are coming into force throughout 2016. We take a look at what to expect.

It’s a potential minefield of which businesses across Greater Manchester need to be constantly aware.

Employment law is evolving at an unprecedented rate and many significant changes are coming into force in 2016.

What’s more, these changes will affect employers both large and small – as well as a greater number of employees than ever before.

Among the biggest changes coming into force in 2016 are: the introduction of the national minimum wage (NMW); and mandatory gender pay reporting.

But – depending on the size and nature of your business – other significant changes to employment law in coming months include: financial penalties to be imposed for non-payment of tribunal awards; an end to being able to constantly delay tribunals; and the implications of the Modern Slavery Act.

Over the next two pages, some leading employment lawyers based across Greater Manchester lend their insight into what companies need to be mindful of.

From April 1, the National Living Wage (NLW) will officially become law. Basically, this means that workers aged 25 and over will be entitled to £7.20 per hour.

The National Living Wage is a new top rate of the National Minimum Wage.

Employers should check – in particular – that employees’ pay is not brought below the new rate by salary sacrifice arrangements.

The new rates are: 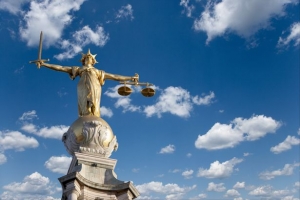 Angela Brumpton, legal director at the Manchester office of Hill Dickinson, is advising her clients to take the following four steps to ensure

that they comply with the new legislation.

1. Check who is eligible to receive the NLW in your organisation

3. Let your staff know about their new rate. This is important as changes in payroll constitute a contractual change which must be evidenced in writing.

4. Check that any staff aged under 25 are also earning at least the right rate of NMW.

Angela explained: “The aim of the NLW is to give living standards a boost to over one million workers, and is in line with the government’s plan for a ‘higher wage, lower welfare’ society.

“However, critics say that retail businesses are in line to be the hardest hit.

“It is reported that businesses such as Tesco, B&Q and Willko have announced they will be cutting allowances and premiums from staff pay in order to fund the changes.

“The Welsh Retail Consortium claim that the NLW will have a disproportionate impact on Welsh firms, and predict that up to 900 thousand UK-wide retail jobs could be lost as a result of the increased wages bill.

“The government has countered by stating that taxes and employer national insurance contributions will be lowered by over £3 billion by 2020.

“In the meantime, research conducted by Social Market Foundation (SMF) suggests that more than 1.7m self-employed workers will not earn the NLW , and warned that the NLW will provide an incentive for businesses to contract out services to self-employed people rather than employ them directly.

“The impact of this higher rate pay is yet to be fully appreciated. It is worth remembering that these objections have always been advanced

in respect of the minimum wage.

“However, it is also worth noting that prosecutions are rare – in 2014, there was not a single company prosecuted for paying less than the NMW.”